After Vienna and Berlin, Afonso Venturieri studied with Helman Jung at the Hochschule für Musik in Detmold, Germany, where he graduated with high distinction in 1984. He completed his training with Milan Turkovic at the famous Hochschule für Musik at the Mozarteum in Salzburg.   In 1989 Mr Venturieri won First Prize at the International Competition for Wind Instruments organized by the Union of Swiss Musicians. He was appointed as bassoonist for the Ensemble Modern in Frankfurt, and since 1987 he has held the position of principal bassoon with the Orchestre de la Suisse Romande in Geneva. Mr Venturieri has appeared as soloist and chamber musician throughout the world, and he regularly gives workshops and master classes in Europe, Asia, South America and Canada. He is currently on the faculty of the Haute École de Musique in Geneva, and he has served as coach for the Youth Orchestra of the Americas. 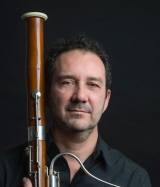 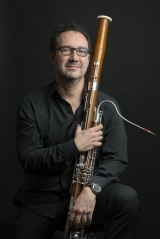 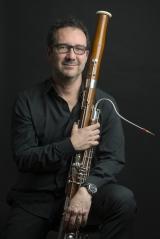 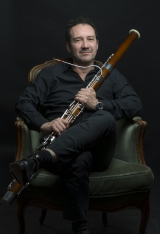